Paul Barber hopeful of bringing supporters back if lockdown is successful. 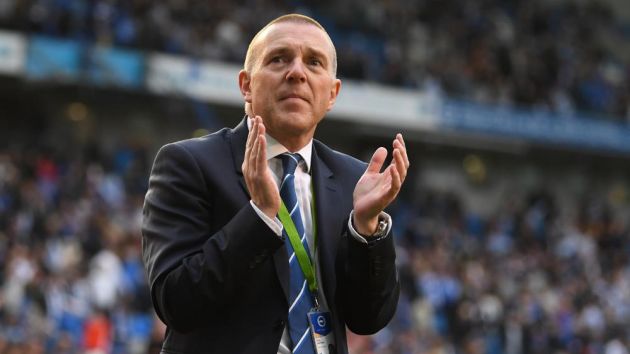 Paul Barber, chief executive of Premier League club Brighton, has told SportsPro that he is optimistic fans could return to stadia by as early as January or February.

No matches in English soccer’s top flight have been played in front of fans since the league shut down back in March. Brighton hosted a successful trial for bringing back supporters to soccer venues in August, when 2,500 spectators were allowed in for a preseason friendly against Chelsea.

Pre-lockdown, Barber was very open in expressing his belief that the British government should allow clubs to host limited numbers of fans, provided it could be done safely.

Having originally said it would allow supporters to return to venues from 1st October, the UK government abandoned those plans as Covid-19 cases rose in September. At the time, prime minister Boris Johnson suggested that restrictions on sporting events could be in place for six months.

With England having since entered a second lockdown, which is place until at least 2nd December, chances of that changing appear slim. However, Barber pointed to the impact of a vaccine and other measures, such as fast testing, as reasons to be hopeful for an accelerated timeline.

Speaking to SportsPro, he said: “We are quietly optimistic that with all the work that is going on, and provided the second lockdown is successful for the government, that we would start to see fans come back to the stadium earlier in the new year than some people think.”

Brighton invested in bringing their American Express Community Stadium up to Covid-19 safety standards and Barber said the club would continue to do so if it meant fans could return sooner.

“If the requirement for fans to come back safely goes up and the standard goes higher then clearly that is something we’re going to have to look at,” he added. “We can’t sustain a business of this size and of this type without live audiences.

“The notion that Premier League clubs exist purely on their TV revenues and that matchday revenue is not important to clubs in the Premier League is just a myth.”

Paul Barber was speaking to SportsPro as part of a broader report into soccer’s post-coronavirus recovery that will be published in SportsPro Issue 112.