Preston Summerhays has already competed at the highest level, being the youngest golfer in September’s U.S. Open field 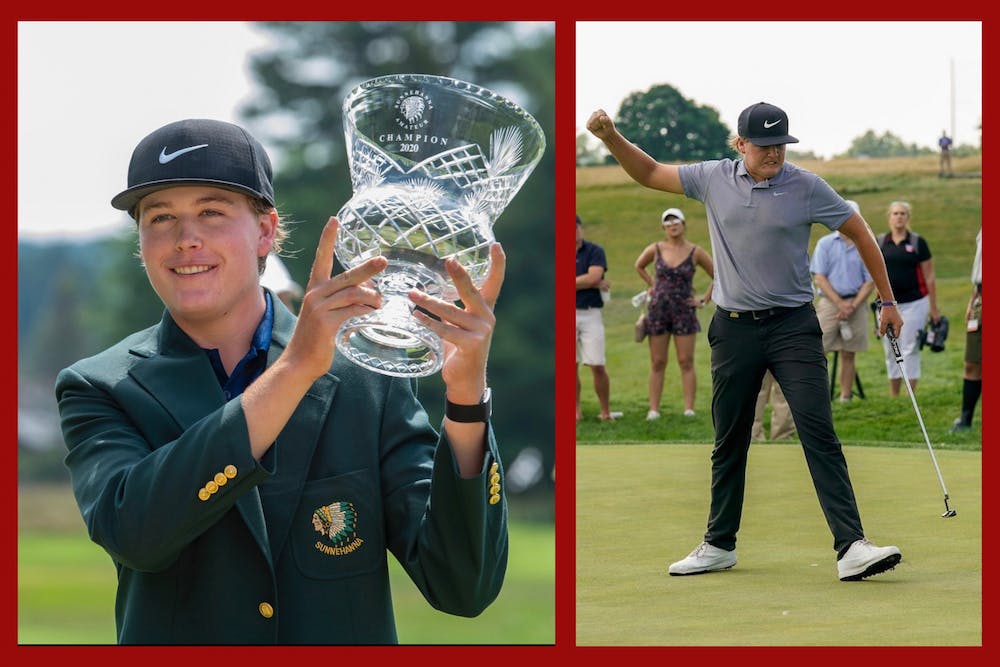 The sport of golf runs through the blood of recent ASU golf signee Preston Summerhays.

The Scottsdale native is the son of former PGA Tour professional Boyd Summerhays, who now works as a private instructor and the personal swing coach for the No. 19 golfer in the world, Tony Finau.

“I first started to love the game when I was really young,” Preston Summerhays said. “I think I was two or three and I would go out to the course with my dad all day, every day. Just hanging out there with my dad kind of instilled my love and joy for the game.”

Preston Summerhays’ golf lineage runs deeper than just his father, as he has five different relatives who have all played or coached the game at a collegiate level or higher. Even Preston’s younger sister, Grace, and younger brother, Cameron, have experienced success on the course at the youth level.

Part of Preston Summerhays’ rationale for choosing to play at ASU was to continue his family’s golf legacy at one of the country’s premier golf programs under head coach Matt Thurmond.

“ASU is the best choice for me,” Preston Summerhays said. “Coach Thurmond has built a great team. I love his coaching style and I’m just really excited to play for him on a great team in Arizona.”

Another reason for that decision is the program’s track record for producing high-end PGA Tour talent, including Jon Rahm, Phil Mickelson, and Chez Reavie among others. Preston Summerhays’ ultimate goal, once he is done at ASU, is to join them on the PGA Tour.

“You look at guys out on tour who have gone through the program and have gone on to do great things,” Preston Summerhays said. “They’ve all gone to ASU. So looking at all the tour pros definitely made an impact on my decision.”

Preston Summerhays and his father also felt that being close to home and having a number of great golf courses in close proximity was a major plus.

“I think it’s a perfect match for Preston,” Boyd Summerhays said. “It’s a rare opportunity for someone like Preston to be a top player, playing at a top school and living in his backyard.”

“Coach Thurmond is loved by his former players, and that says a lot,” Boyd Summerhays said. “That was so important for Preston, to go to school with other top players and to be incredibly competitive and push him and that he could push them. It’s going to be hard for him not to get better in that environment. “

At just 18 years old, Preston Summerhays has already competed at the highest level in the sport as the youngest player in September’s U.S. Open field, where he missed the cut but ultimately was competitive. Preston has been named the 2019 U.S. Junior Amateur Champion among other achievements.

Thurmond was ecstatic about the opportunity to get someone with Preston Summerhays’ pedigree into the program.

Thurmond says that Preston Summerhays’ skill on the course for his age is almost unprecedented. Thurmond lauds his ability around the green and his ability to “shape the ball in all directions.”

Boyd Summerhays has the utmost confidence in his son’s ability to continue to improve his game in college, just as he’s seen him do consistently as a teenager.

“He just continued to get better and better. The bigger the stage for him, the better he did. So you know he had the passion for the game and he had the work ethic,” Boyd said. “He had the self-belief to do special things in big moments and it was pretty obvious to me when he was 14 that he could be one of the best players in the world.”

Preston Summerhays will don the maroon and gold polo on the course next fall, where he will begin his collegiate career and ultimately look to continue his family legacy on the PGA Tour.