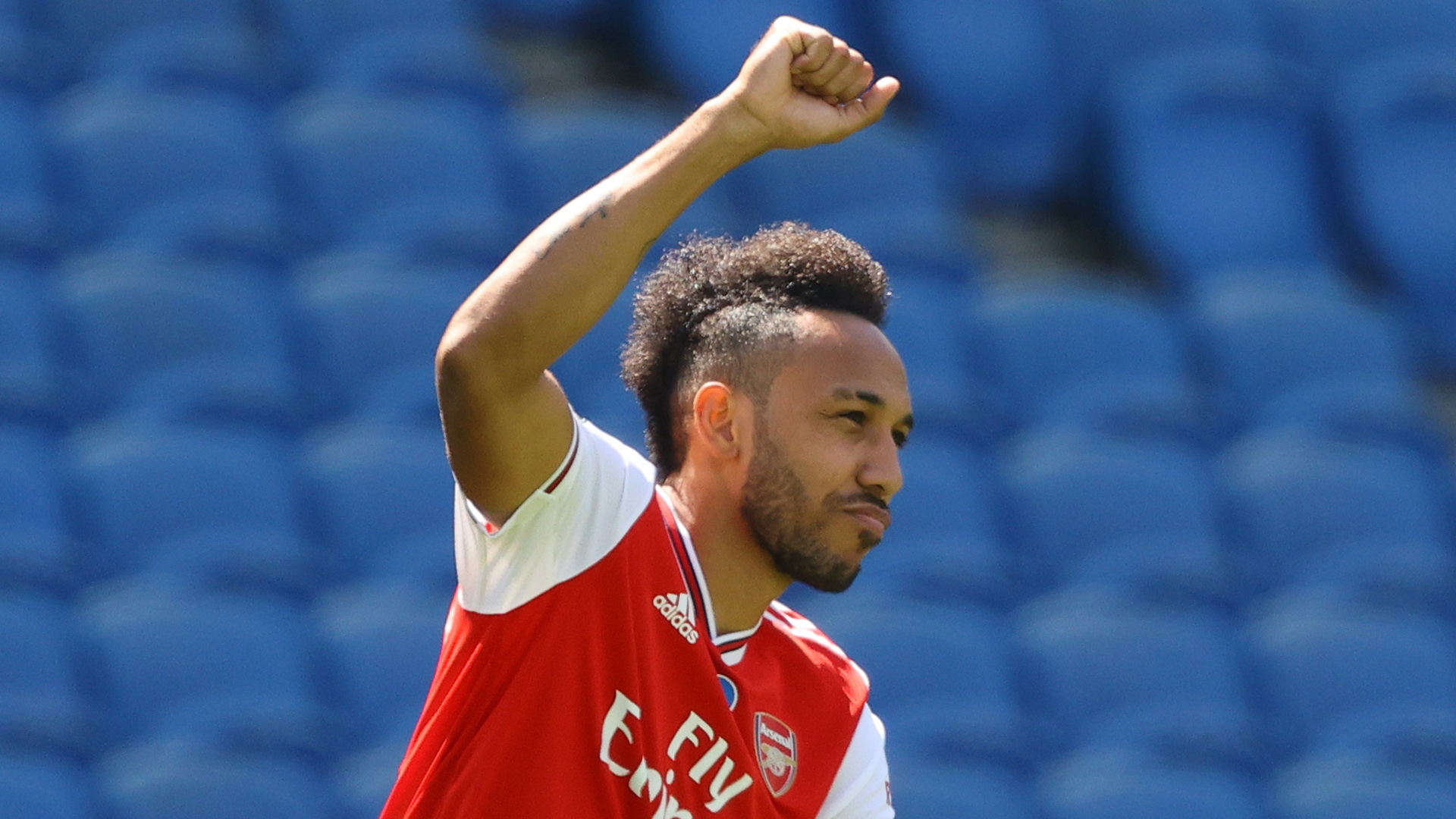 Arsenal ace Pierre-Emerick Aubameyang notched his 50th Premier League goal for the Gunners against Norwich to become the club’s quickest player to that mark in the modern era, reaching the milestone on the occasion of his 79th appearance.

With his future still very much in doubt, the Gabon international opened the scoring against the relegation strugglers by robbing goalkeeper Tim Krul and then tapping into an unguarded net.

Soon afterwards, he laid on his side’s second against the basement club, delivering the pass from which Granit Xhaka fired under the Dutchman from a testing angle to make it 2-0.

It was, however, his contribution from the opener that fired him into the club’s history books as he notched the mark in a quicker time than legendary figures such as Thierry Henry and Ian Wright, who took 87 and 101 games respectively to reach the mark in the red of Arsenal.

Indeed, only five players have been quicker to the 50-goal mark in the history of the Premier League.

Andy Cole, who came through the Arsenal youth ranks before achieving fame at Newcastle and Manchester United, is the fastest to his half century, grabbing it in 65 games, one fewer than Alan Shearer and three quicker than another former Old Trafford star in the form of Ruud van Nistelrooy.

Aubameyang has been with Arsenal since January 2018, when he joined the club for a fee in the region of £56 million ($70m).

He made a hot start to life in the Premier League as he registered on his debut against Everton in a 5-1 home win, and after two blank outings went on a run of five goals in four games, finishing the season with 10 strikes in just 13 outings.

His first full season in England proved to be equally successful as he notched 22 goals in 36 outings, while he already has 18 in 30 this term, giving him a fighting chance of matching last season’s effort as Mikel Arteta’s side chase down European football.