On 12th November 1958, Stan Cullis’ gold and black side, having won the First Division title for the second time in the club’s history the previous season, stepped out against German champions Schalke 04 at Molineux, as the historic ground played host to competitive European football for the first time.

But that first round match was not the beginning of Wolves’ relationship with football on the continent, for that, you must go back five years earlier…

The pioneers of elite European football

Approaching the midway point in the 1950s, Wolves were champions of England. Stan Cullis ran a tight ship and his players responded, playing a brand of attacking football never seen before at Molineux and pipping arch-rivals West Bromwich Albion to the title by four points to increase the euphoria amongst supporters.

At the time, the comfort zone of English football was yet to expand, but during their title-winning campaign, Wolves ventured into the unknown following the installation of floodlights at Molineux in 1953, comprising of 60 lamps on four giant pylons, designed in the style of New York’s Yankee Stadium.

3-1 victories over South Africa XI and Racing Club of Buenos Aires had opened an avenue to explore and, once confirmed as the best club in their nation, Wolves targeted greater accolades. The following autumn Israeli champions Maccabi Tel Aviv were hit for ten, before Cullis’ men breezed past Moscow Spartak, both in floodlit friendlies.

However, the visit of Honved held added significance. England and Hungary shared tension as nations, with the latter humiliating the creators of the sport in the not so distant past. Honved arrived at Molineux as the champions of Hungary and perceived by many as the best team in the world. The challenge ahead of Cullis’ team was a significant one. 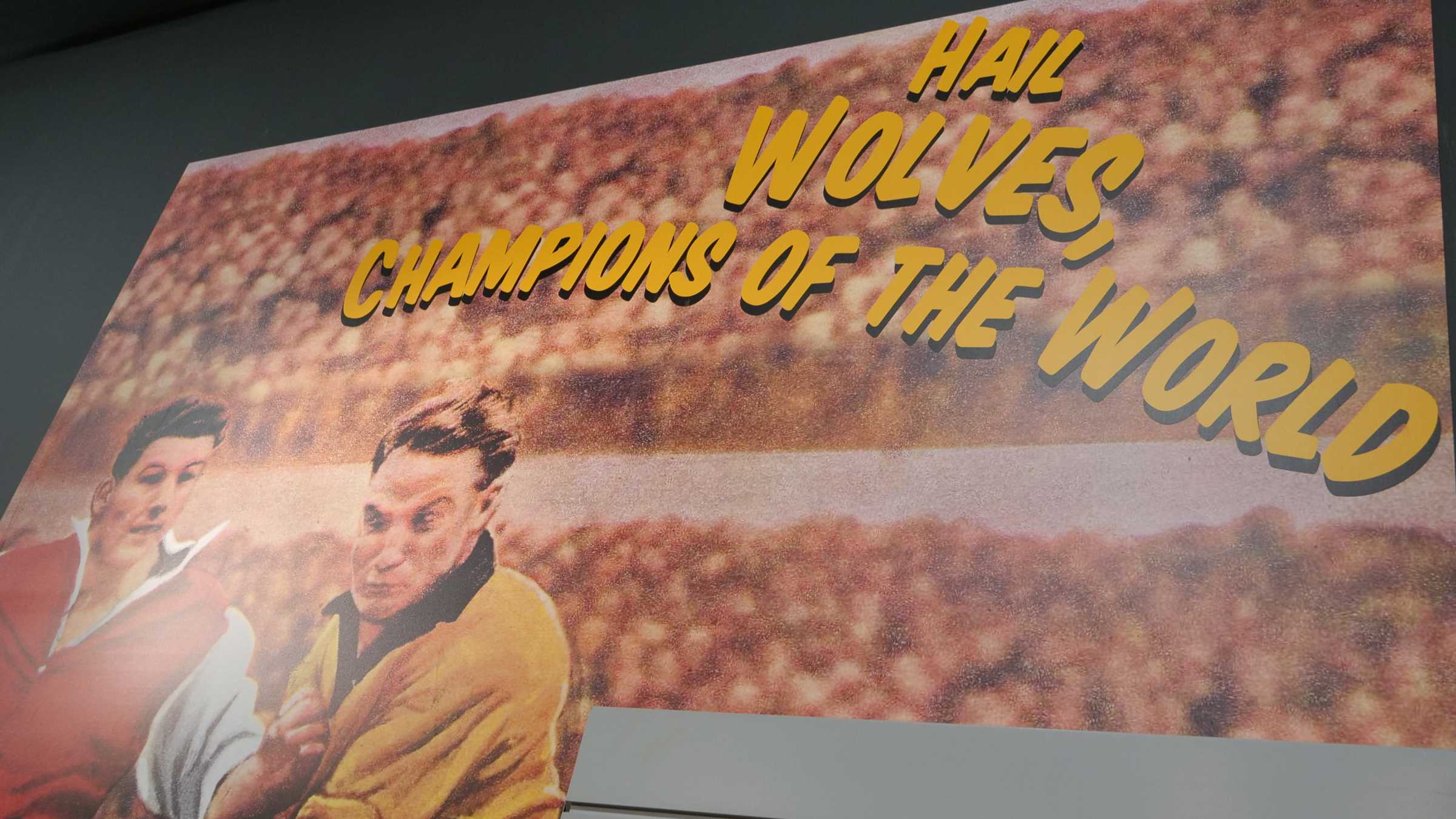 The backdrop of the fixture was shrouded with humiliation for the nation. Just a year previous, shockwaves were fired across England when Hungary defeated the inventors of football 6-3 in north London, sparking a wide-spread sporting depression. The following summer the plight worsened when the Hungarians hit seven past England, who could only muster a solitary reply.

Therefore, Wolves clashing with Honved of Budapest for the most high-profile floodlit friendly yet sparked national interest and a thirst for revenge. Captain Billy Wright, Wolves’ only representative in the England group beaten twice, came up against as many as six Hungary players who left English football at its lowest point after a humiliating 13-4 aggregate defeat.

However, Wolves were champions of England and, like Honved, one of the greatest club sides on the continent. So, the bumper attendance of 54,998 supporters inside Molineux on an icy December night were expectant. Their Wolves heroes lined up in satin shirts, rather than the traditional gold, in the hope they’d stand out under the floodlights.

The Molineux surface, which barely resembled a football pitch, purely encouraged a battle, rather than an eye-catching football match. However, Wolves were the home side, used to the conditions, so were shocked to fall 2-0 down with the opening 12 minutes, extinguished the lively atmosphere created at kick-off.

In front of the TV cameras, Sandor Kocsis headed home from a parried Ferenc Puskas free-kick. Then, after Roy Swinbourne has passed up a chance to instantly reply, the Hungarians countered, making a mockery of the poor surface with some delightful one-touch passing, which allowed Ferenc Machos to slip beyond Bert Williams. 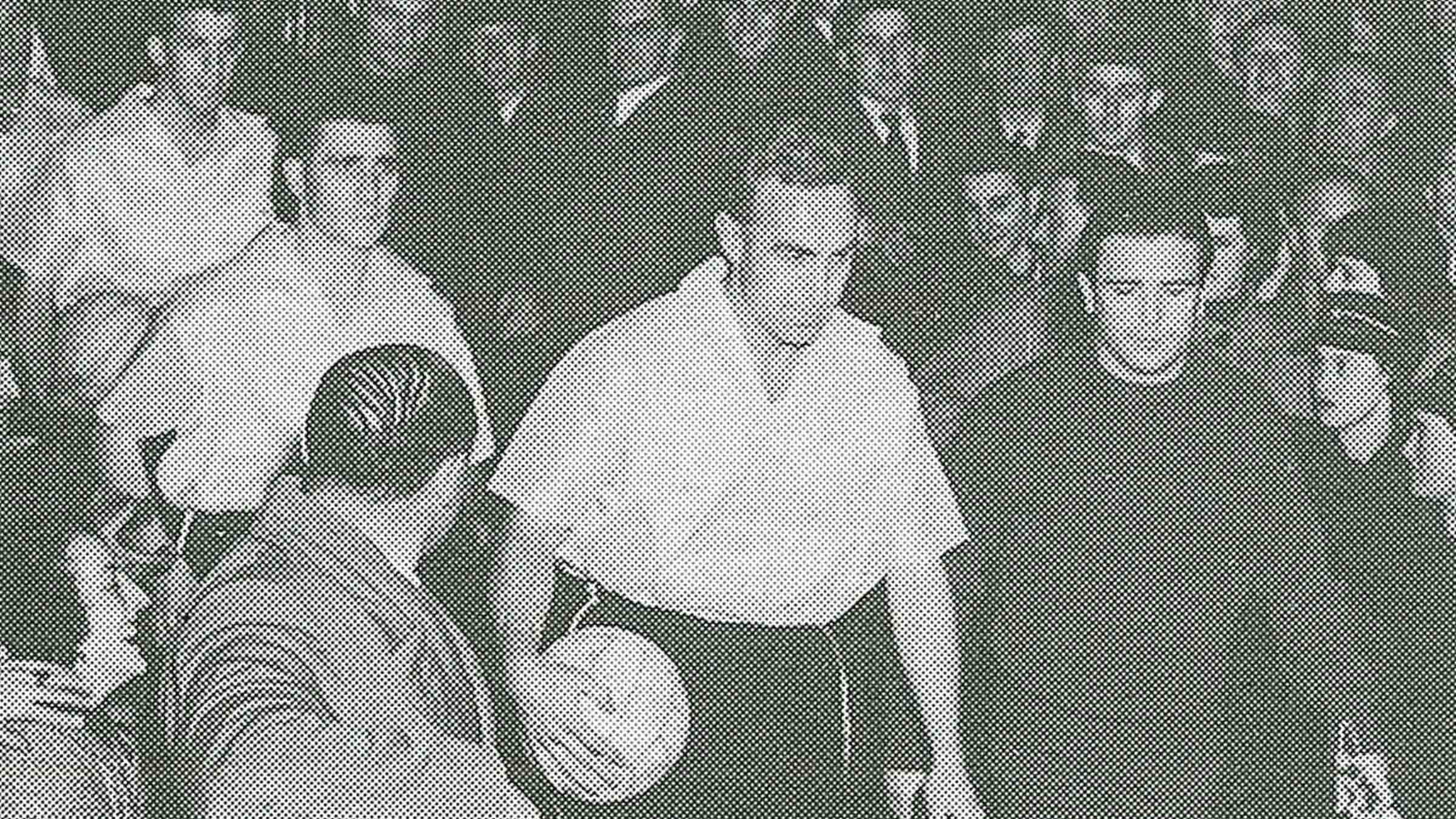 Stan Cullis’ calming half-time team talk did a great deal for removing nerves and within four minutes Wolves were back in the contest. Johnny Hancocks’ tricky running drew a push out of Ferencs Kovacs and the referee pointed to the spot. The diminutive number seven ignored Honved protests, dusted himself down and blasted home to pull a goal back.

That sparked an onslaught on the Honved goal, with Wolves feeling the support of a nation, beyond Wolverhampton, as the Hungarians dropped deeper. Chances came and went, with excitement teetering on desperation, before the goal finally arrived. Following a succession of corners, Wolves finally made one count as Swinbourne headed home.

Then, a matter of minutes later, Les Smith skipped his way through the heart of the Honved side and fed Swinbourne to fire home from just inside the area and lift the roof off Molineux. The old stadium was shaking to the rafters and noise decibels remained at peak levels until the final whistle. Wolves were champions of Europe.

“Wolves champions of the world now” read the Daily Mail the next morning, and while many in the media disagreed, the debate sparked a need for a definitive answer. 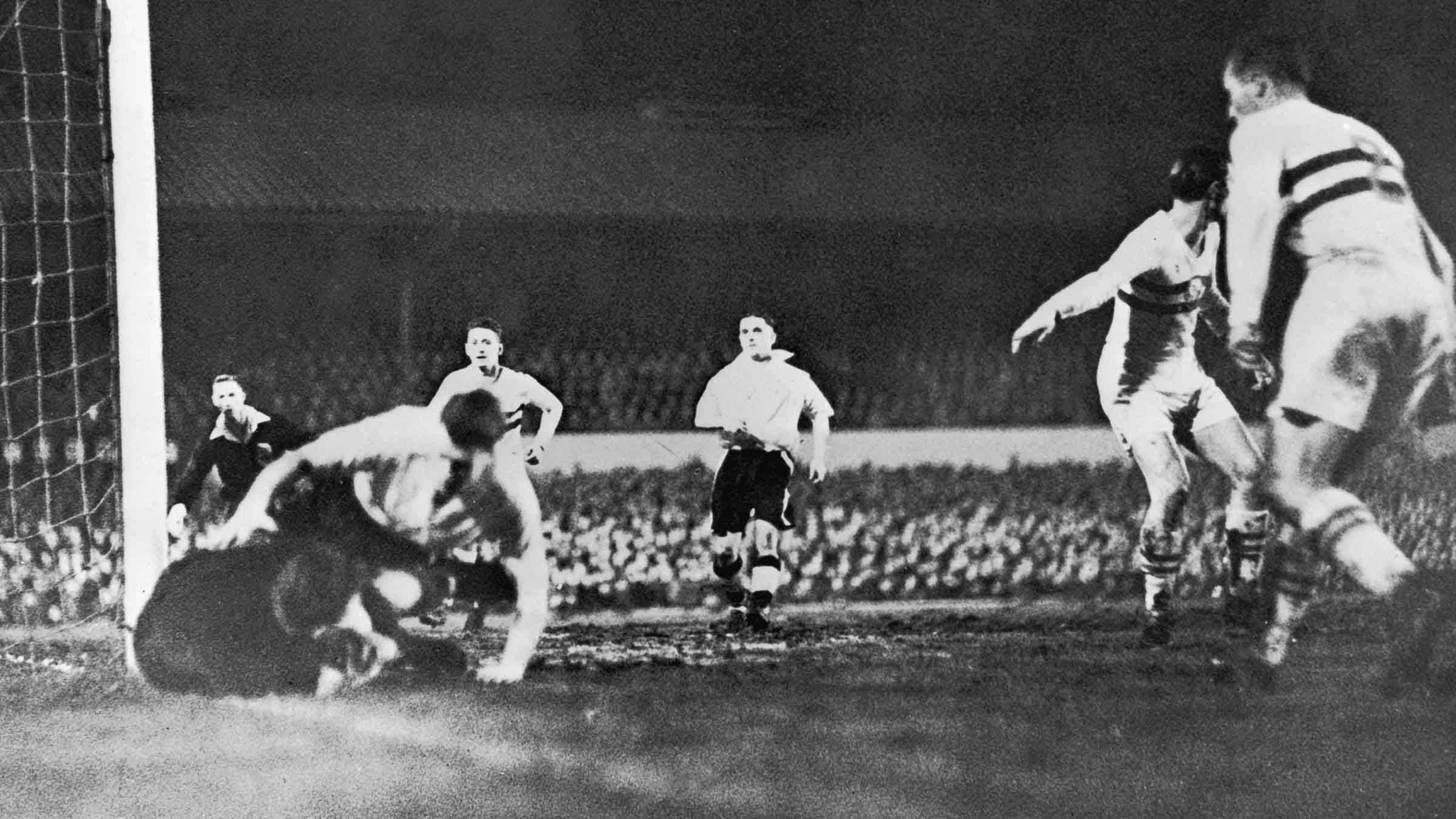 Wolves and the Molineux floodlit friendlies

During the course of five years before Wolves would get the chance to enter the European Cup, Wolves continued to play their floodlit friendlies against sides from across the world, going unbeaten in 12 matches when playing at home.

As well as the Honved victory, one of the most impressive feats was against reigning European Cup champions Real Madrid. One of the greatest teams in the history of football, a team that won the competition in 1956, 1957, 1958, 1959 and 1960, came to Molineux in the middle of that astonishing run, and were defeated, by three goals to two.

Wolves finally got the chance to rub shoulders with Europe’s best in a competitive setting 62 years to the day, following their telling contribution in the creation of the European Cup.

As the continent’s best entered competition to prove they were the greatest, Wolves enjoyed their first foray into European football in 1958, entering what was then known as the European Champions Cup in the first round, having been granted a bye in the preliminary stage.

Schalke 04 were the visitors and 46,000 supporters packed into Molineux. Wolves dominated the first-half, but a catalogue of missed home chances meant that the Germans took an undeserved 1-0 lead heading in the break.

However, Peter Broadbent twice found a way through the opposition defence to put Wolves ahead, but Schalke managed to get a late equaliser to secure the draw heading into the second leg.

Six days later, Wolves travelled to Gelsenkirchen and the Gluckauf-Kampfbahn for the return leg, and despite a fine goal from Alan Jackson, deputising for the injured Jimmy Murray, Wolves went down 2-1 and were subsequently eliminated from the competition 3-4 on aggregate. 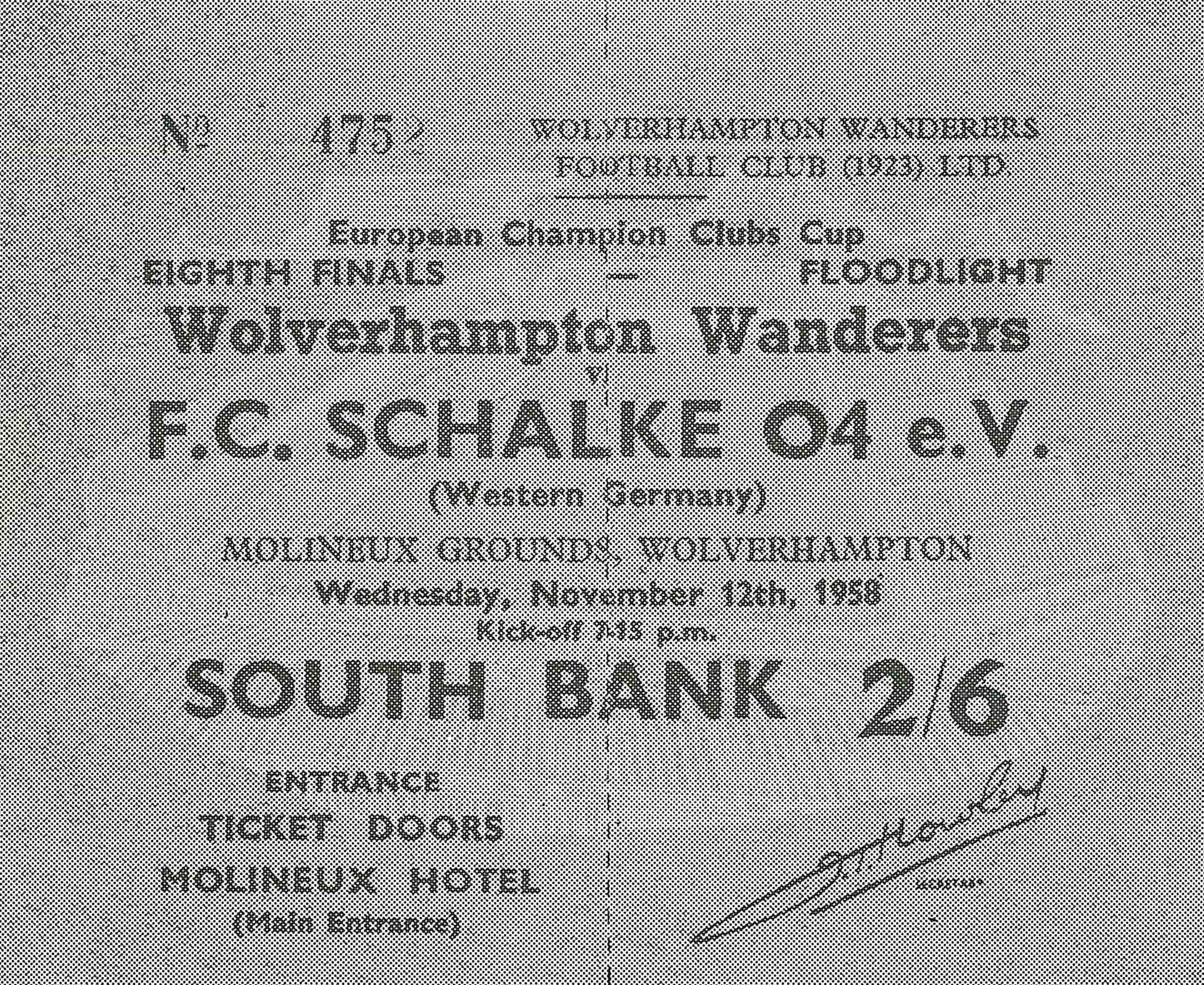 Lessons were learnt a year later and Stan Cullis’ side endured a greater run. This time a preliminary victory was required against ASK Vorwarts from the east side of the Berlin Wall. Broadbent’s away goal in Germany proved huge, despite a 2-1 loss.

Back at Molineux a week later, the same man was spot on in front of goal, as was Bobby Mason, to set up a first round proper clash with Yugoslavia champions Red Star.

Into the first round and Stan Cullis’ dominant Wolves side had to make do without two of their major players, in Jimmy Mullen and Billy Wright after the legendary England captain had hung up his boots following the league title win of 1959.

Taking on the Yugoslavian champions in Belgrade for the first leg, Norman Deeley’s away goal in front of 62,000 supporters made it advantage Wolves after a 1-1 draw.

On their return, Wolves were lethal back home. Mason’s pair of goals were added to by a Jimmy Murray strike to comfortably take the club into fresh territory – the quarter finals.

Spanish giants Barcelona were the opponents as Wolves reached the quarter-finals of European competition for the first time ever.

80,000 supporters passed through the Nou Camp turnstiles to watch the men in gold and black take on Barca, but nerves on the big occasion got the better of Wolves, as the hosts cruised to a 4-0 victory.

Nevertheless, the Wolverhampton public flocked to Molineux for the return leg. Once again, Barcelona turned on the style, particularly Sandor Kocsis, who hit four for the visitors, but Wolves managed a pair of consolation goals through Jimmy Murray and Bobby Mason. 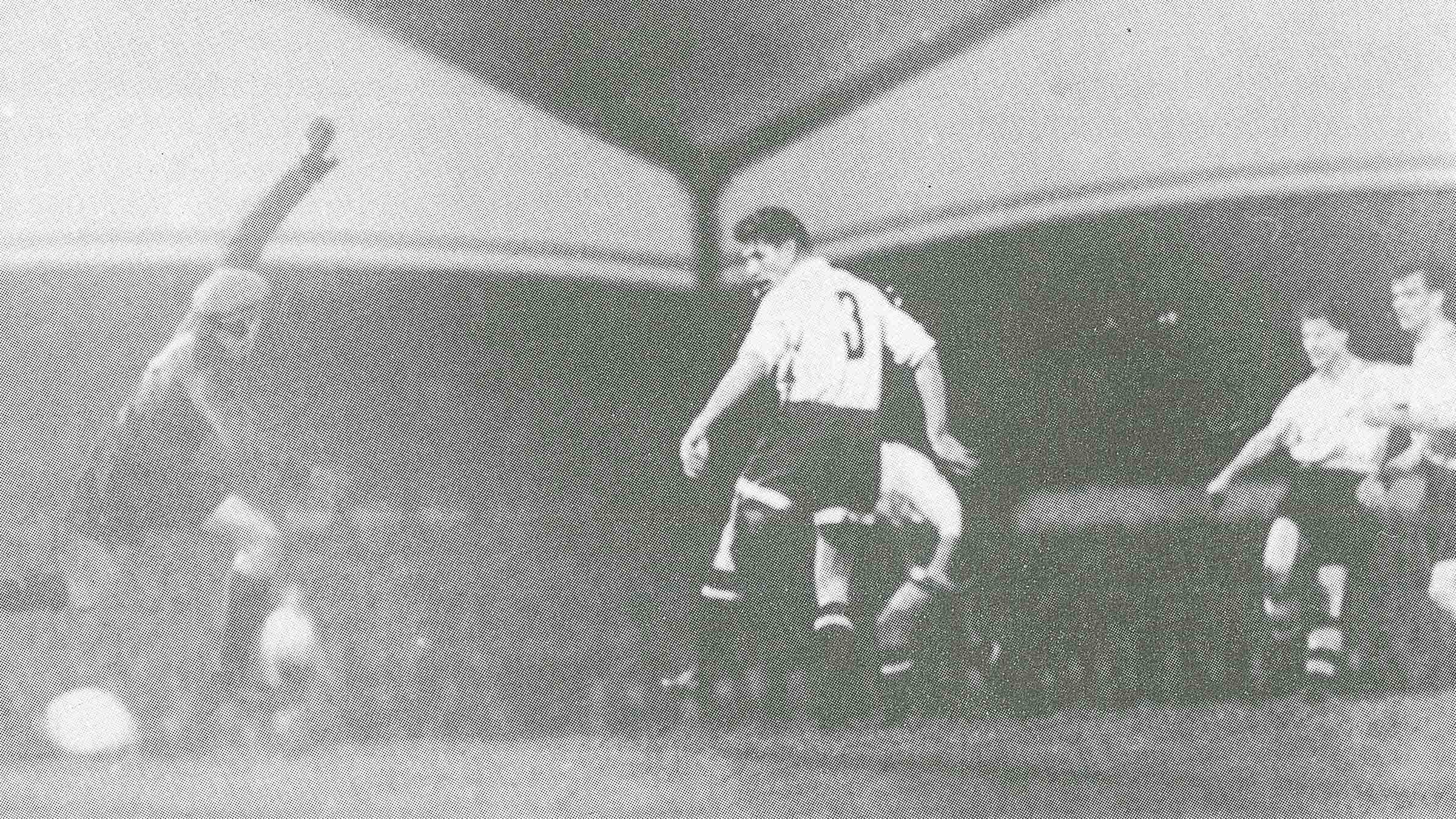 THE STORY SINCE THEN

As European football developed at an unprecedented rate, the creation of the European Cup Winners’ Cup surfaced the following season, which saw the continent’s domestic cup winners pitted together. As English FA Cup winners in 1960, Wolves were invited to the inaugural competition, along with nine other European clubs, and were given an automatic bye from the first round.

An emphatic 5-2 aggregate victory over FK Austria saw Wolves take advantage of their bye before an all-British affair with Scottish Cup winners Rangers awaited in the semi-final. However, Wolves couldn’t recover from a 2-0 loss at Ibrox when they returned to Molineux and their European adventure ended with a 3-1 aggregate defeat.

It was another 11 years before Wolves would be back in Europe, playing in the newly created UEFA Cup in 1971/72, with the old gold going all the way to the final – including a quarter final win against Juventus – before Tottenham Hotspur were their downfall.

Three short-lived appearances in the competition followed in 1973/74, 1974/75 and 1980/81, before Wolves were able to break their European hiatus just last season, bringing an end to a 39-year wait.

Molineux once again experienced the thrill of the continental game, with thousands of supporters witnessing the victories against Crusaders, Pyunik, Torino, Besiktas, Slovan Bratislava and Espanyol, as European football finally returned to where it all began. 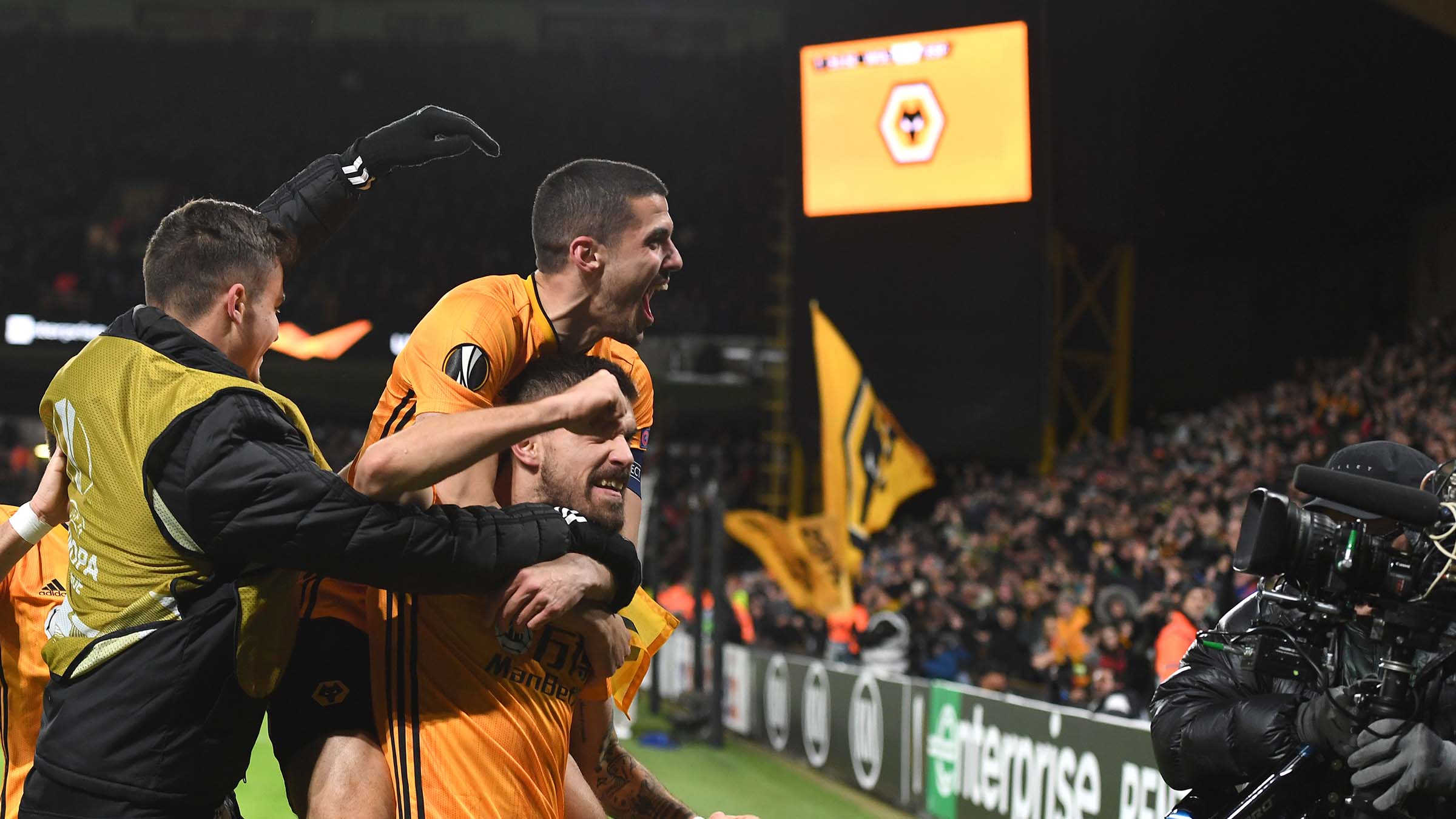 The future of European football passes through the celebration of the…

The future of European football passes through the celebration of the…

The football-shirt experts of Kuching